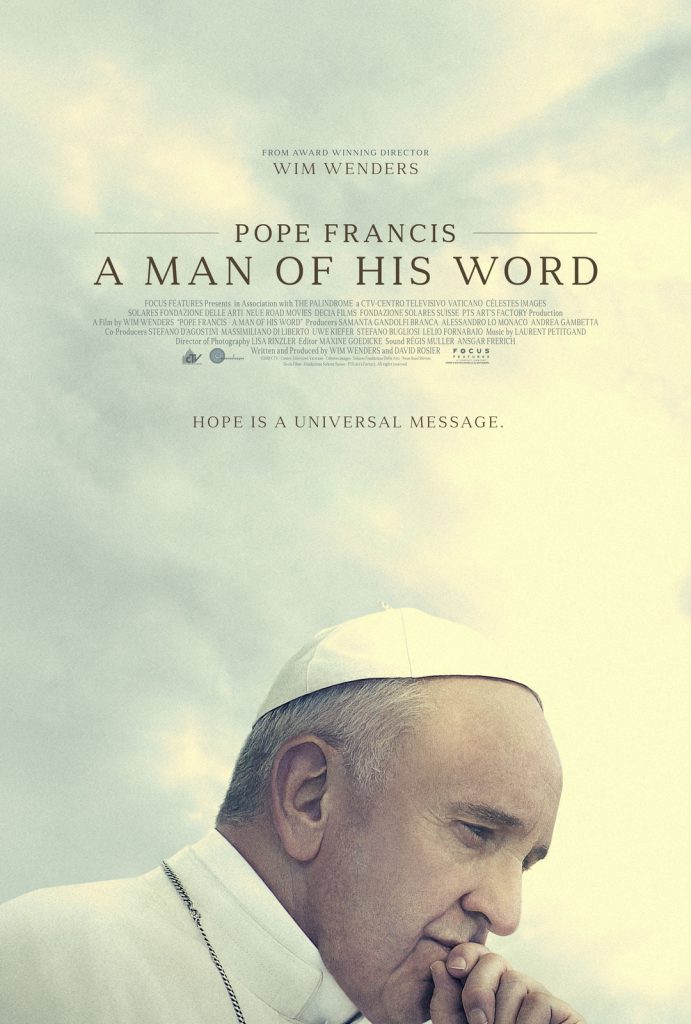 Wim Wenders’ next feature documentary Pope Francis – A MAN OF HIS WORD was selected for the 71st Festival de Cannes (8 – 19 May 2018) and will be presented as part of the Special Screenings.

Pope Francis – A MAN OF HIS WORD is a personal journey with Pope Francis rather than a traditional biographical film about him. A rare co-production with the Vatican, the pope’s ideas and his message are central to this documentary, which sets out to present his work of reform and his answers to today’s global questions from death, social justice, immigration, ecology, wealth inequality, materialism, and the role of the family.

The film’s direct-to-camera visual and narrative concepts engage the audience face-to-face with the pope, creating a dialogue between him and, literally, the world. Taking questions from people of all walks of life, Pope Francis responds to farmers and workers, refugees, children and the elderly, prison inmates, and those who live in favelas and migrant camps. All of these voices and faces are a cross section of humanity that join in a conversation with Pope Francis.

Pope Francis – A MAN OF HIS WORD was written and produced by Wim Wenders and David Rosier and will be released by Focus Features.